"My dog is so gassy" 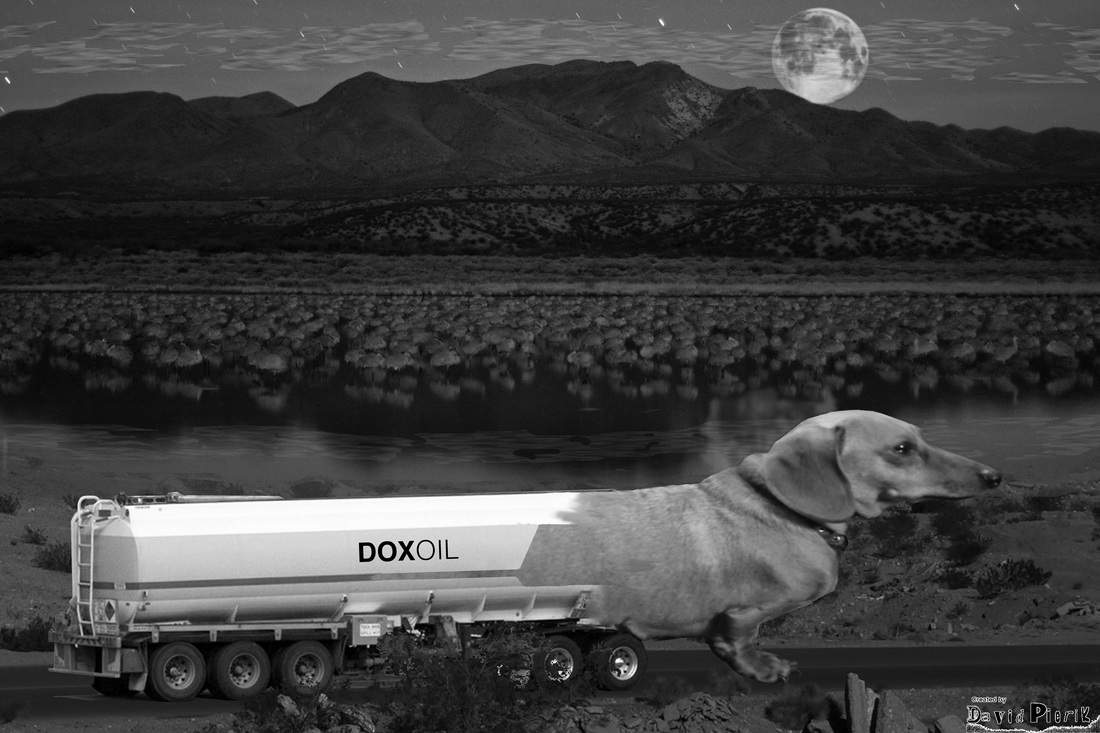 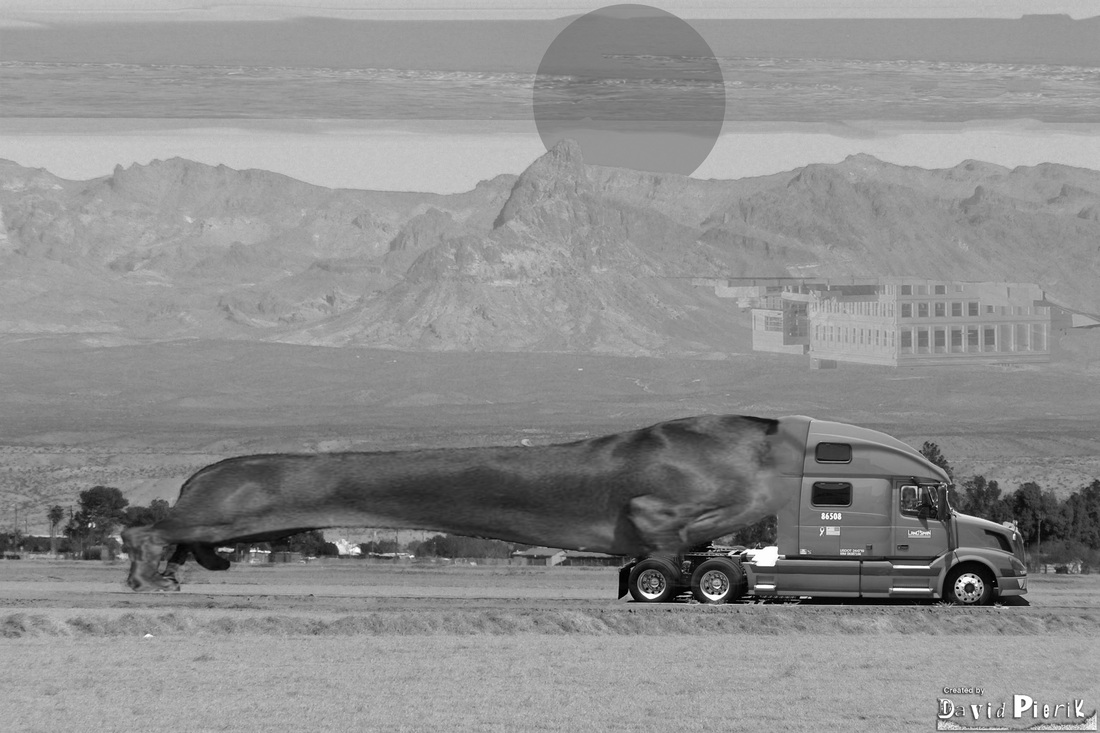 The above started from these images...

All of these photos came from Wikipedia Commons, except for my dog Spike (shown next to the red ball).

The above started from this tutorial  http://www.creativebloq.com/create-animation-photoshop-and-after-effects-5132655 but I kind of went my own direction with it. 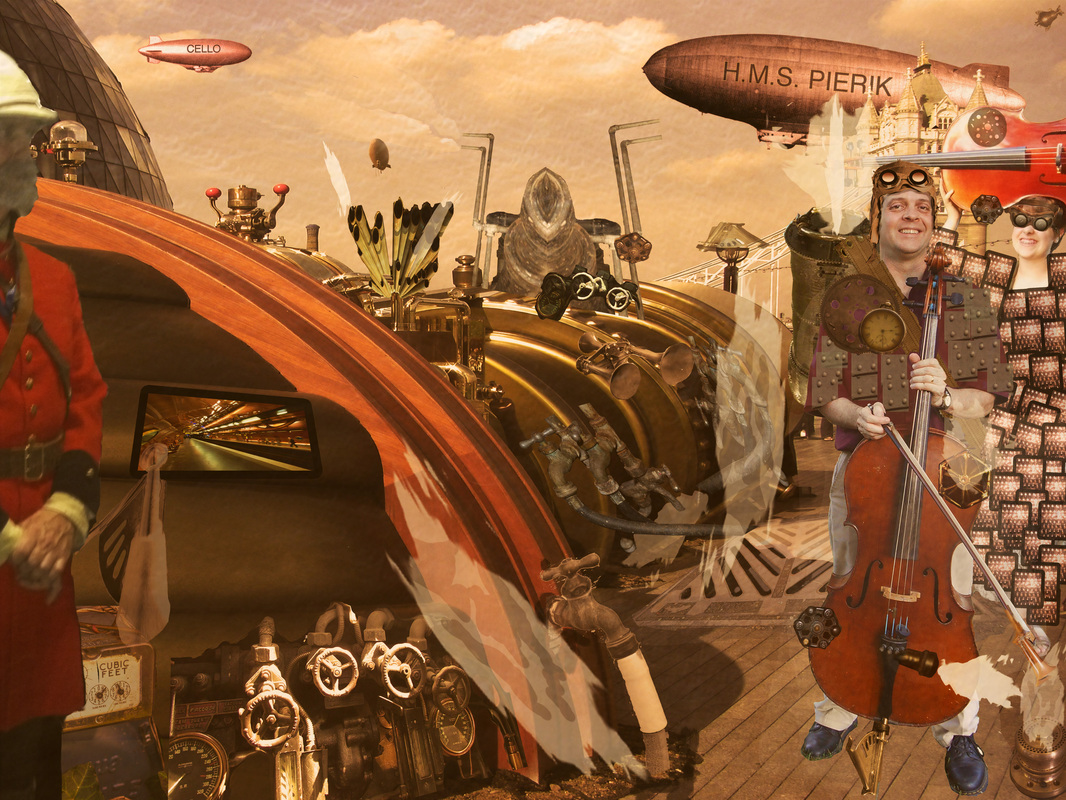 Once you get started going on something like this, the problem is figuring out at what point you need to stop. I could keep fussing with literally a thousand things on this, but here it is. A few notes below about images - I used at least a dozen of my own, plus a dozen and a half stock images. I based at least part of what I put together on the following tutorial: http://design.tutsplus.com/tutorials/how-to-create-a-steampunk-style-illustration-in-photoshop--psd-3170
I used quite a few of my own images for the steampunk cello composite.
The above public domain photos all came from Wikipedia. In most cases I used assorted elements and modified as I went.

Prior to deciding what issue I would take up, I took a long look around to pick a cause. It really is difficult to choose just one and we were asked for purposes of this assignment to not all choose global warming. Water is a huge issue and it's likely to become much more pronounced in years to come. To learn more or pick your own issue or cause to learn more about, visit http://www.globalissues.org/ 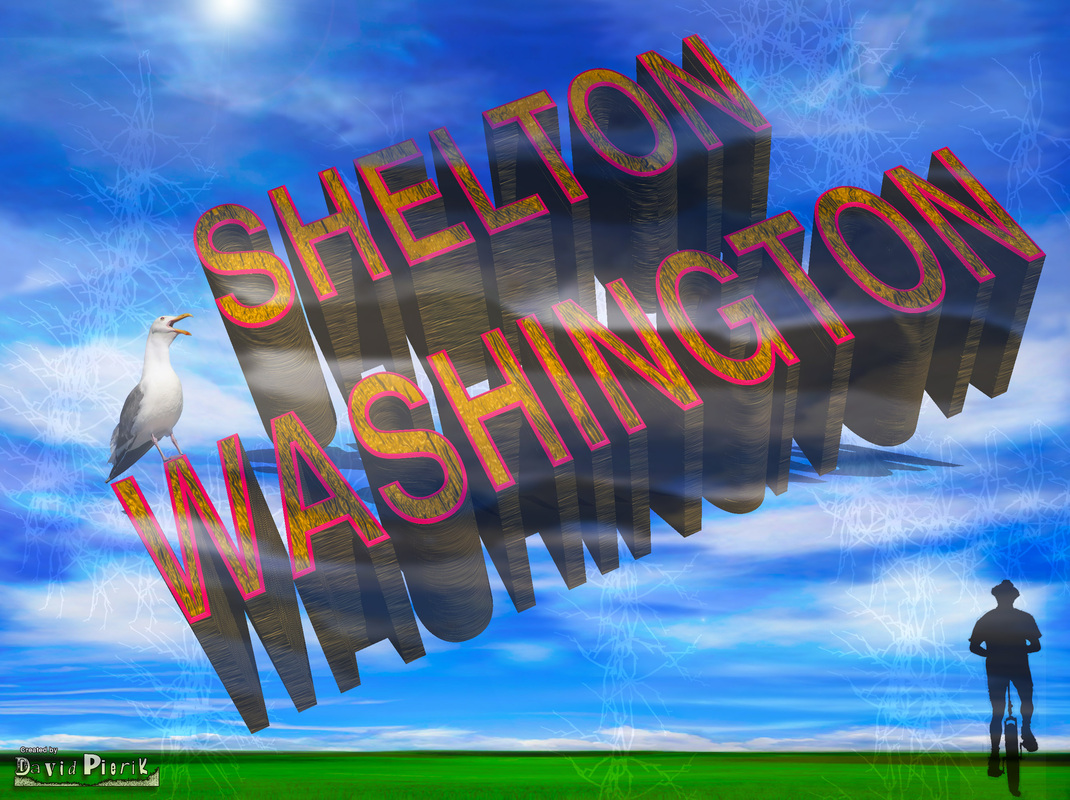 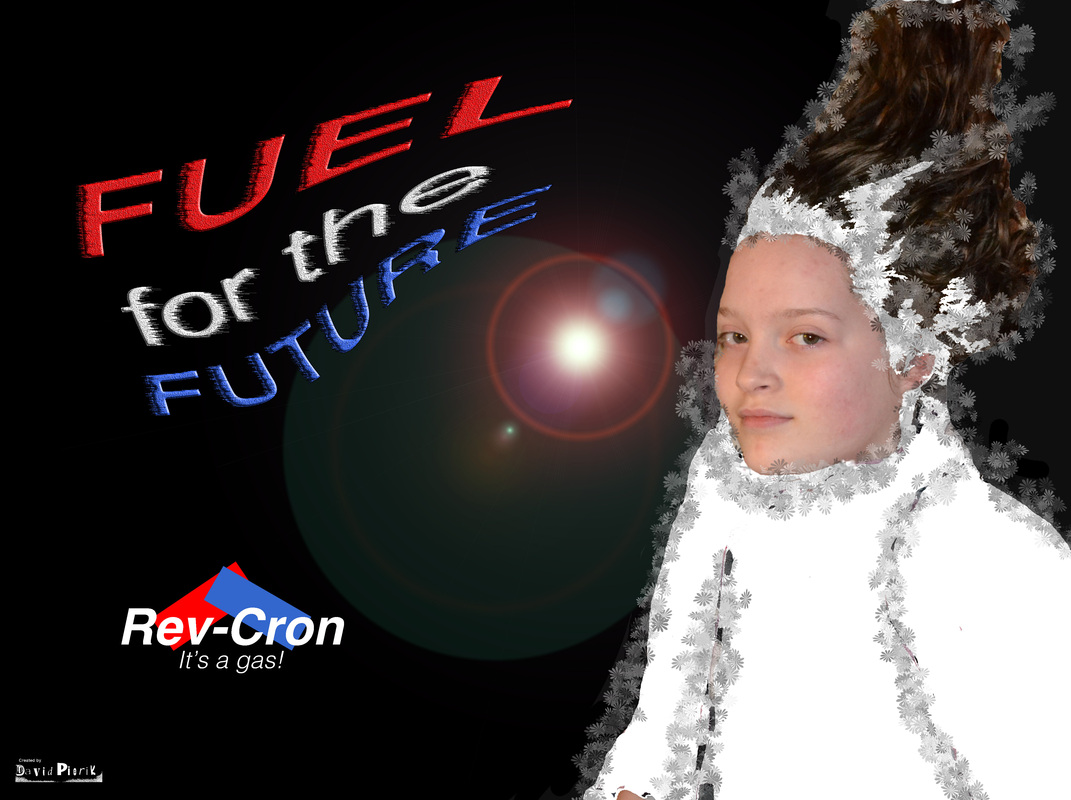 What started this project had to do with a business class discussion concerning a recent purchase and what the various influences were. I bought gas recently. A lot of gas ads could benefit from being more interesting. 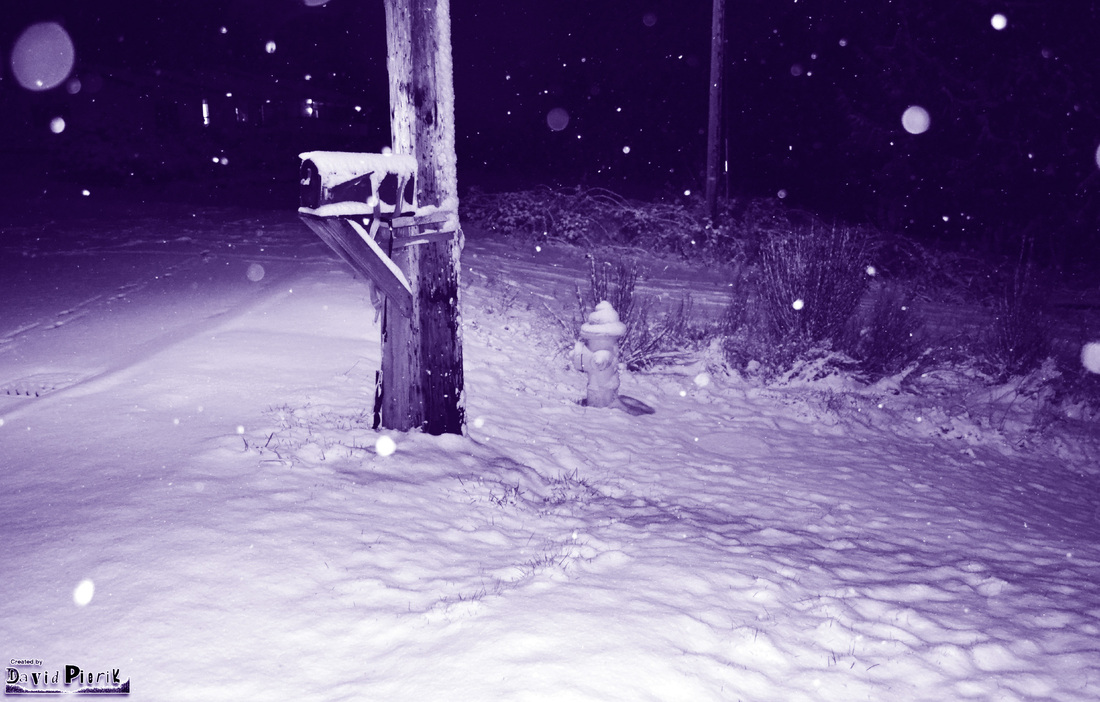 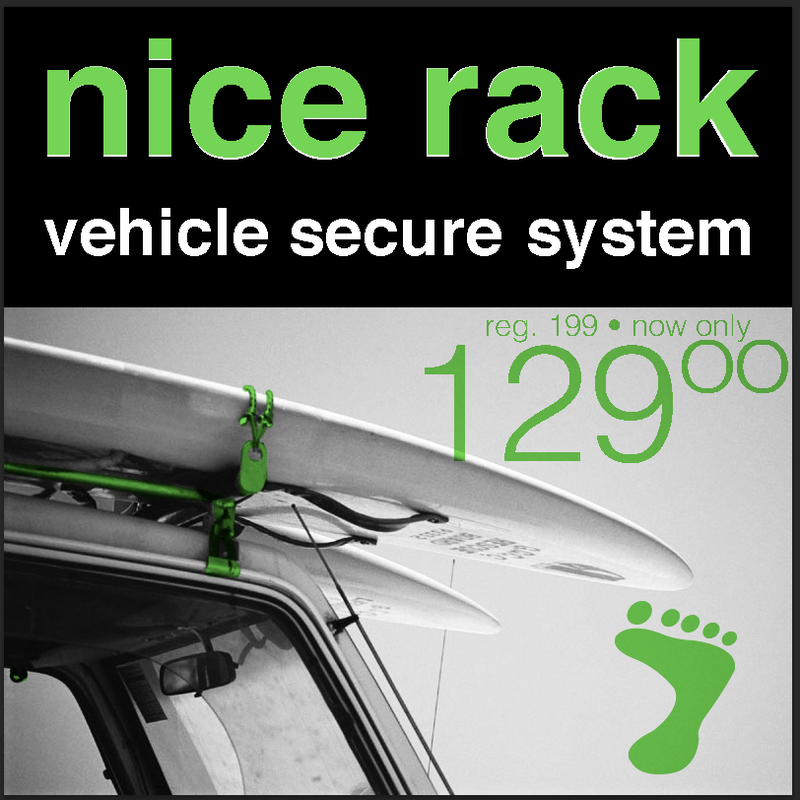 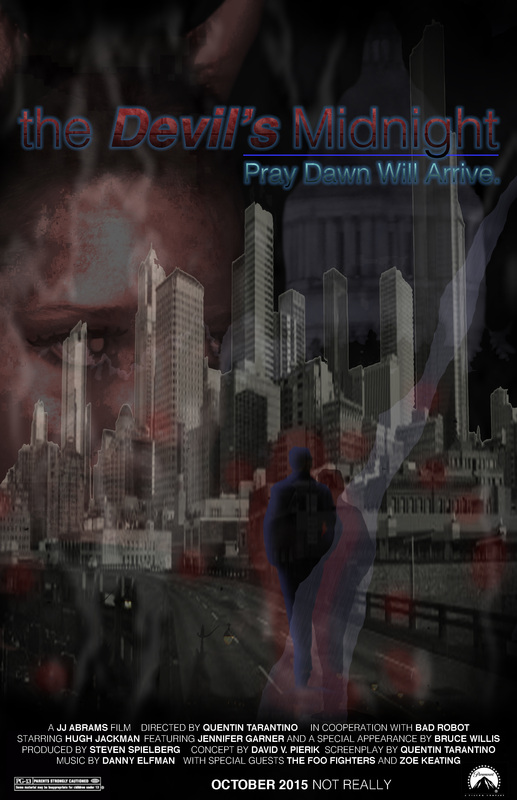 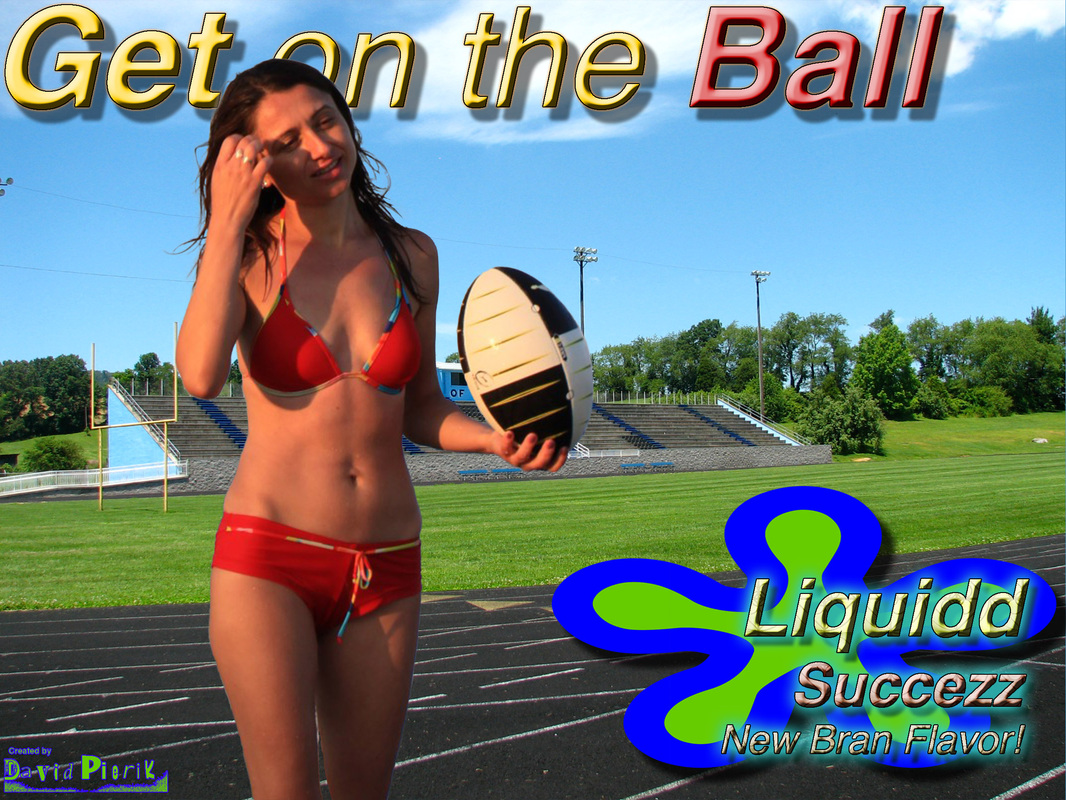 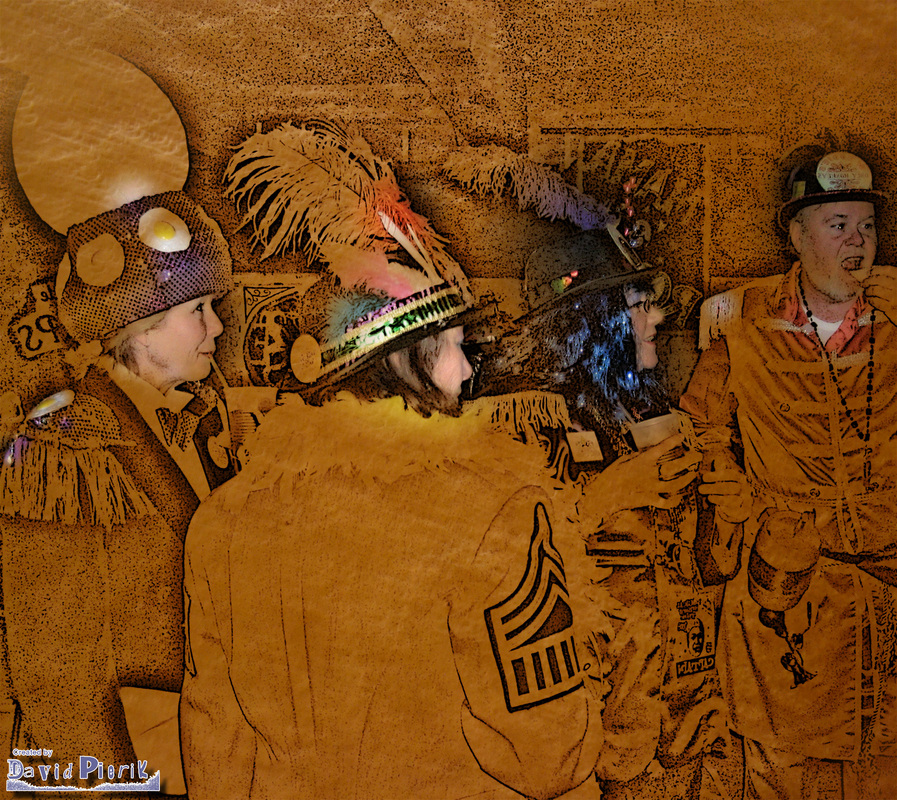 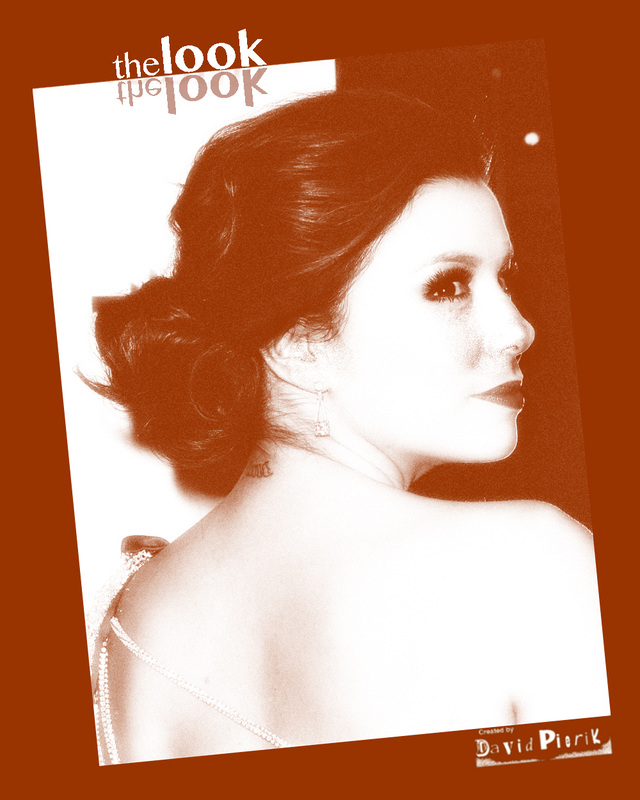 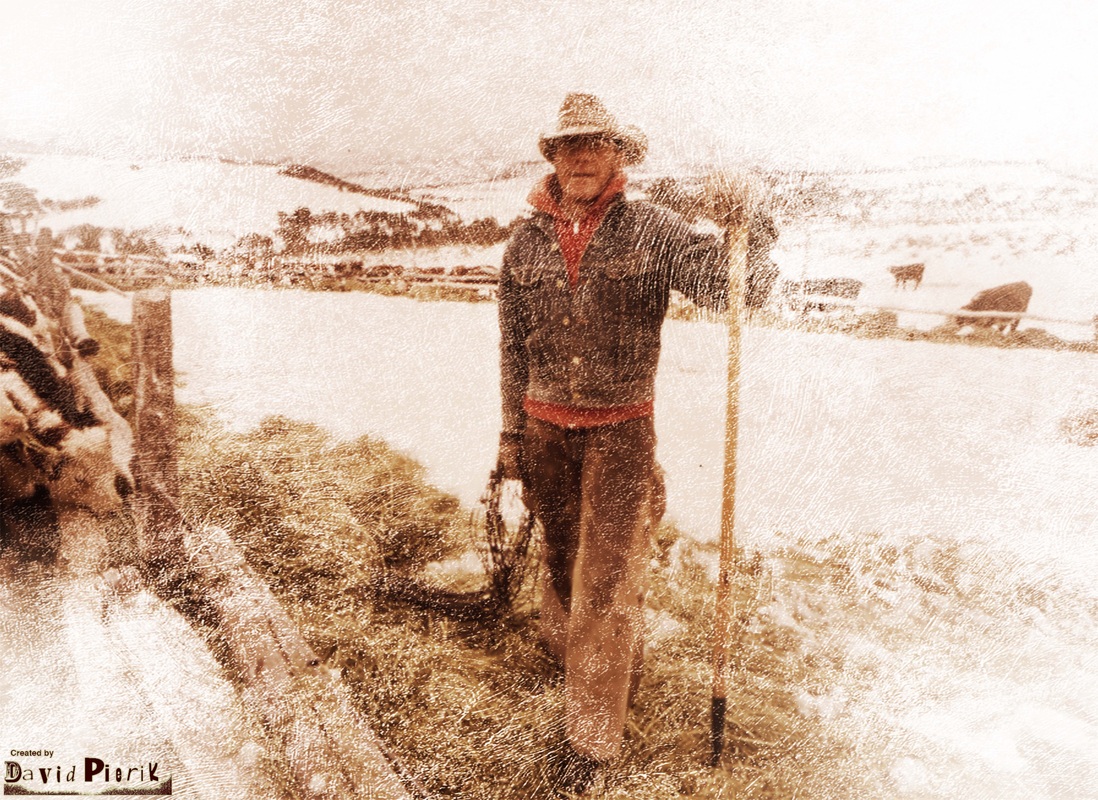 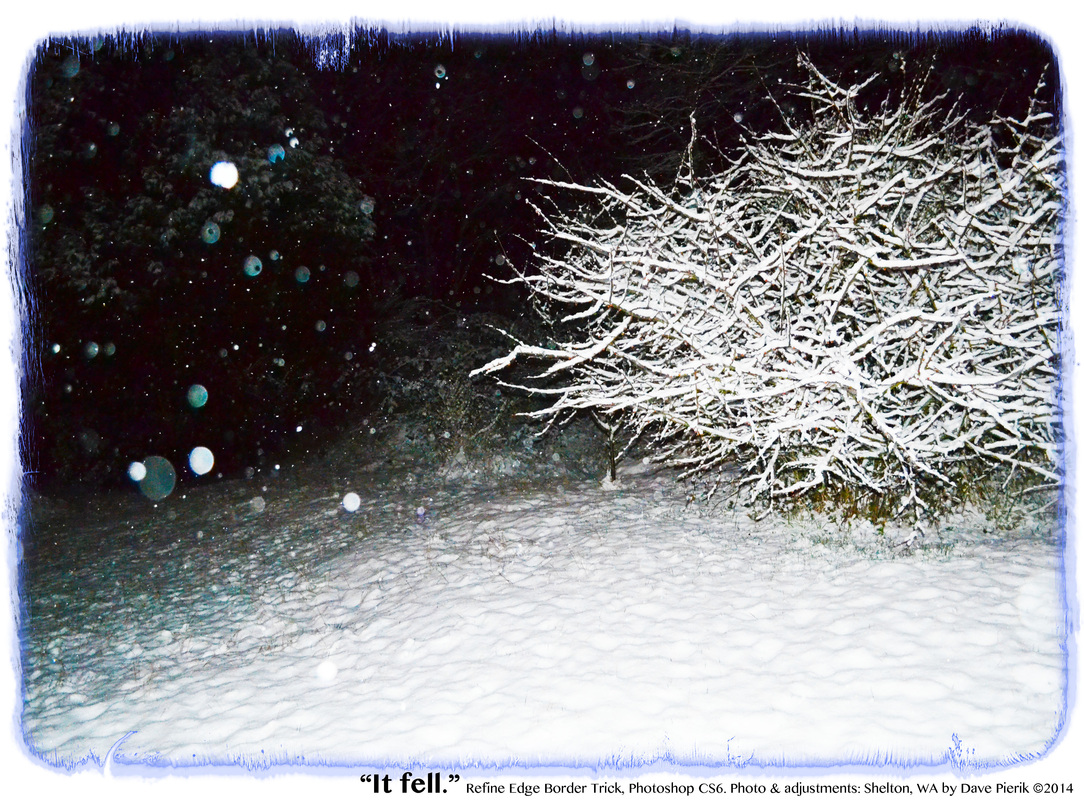 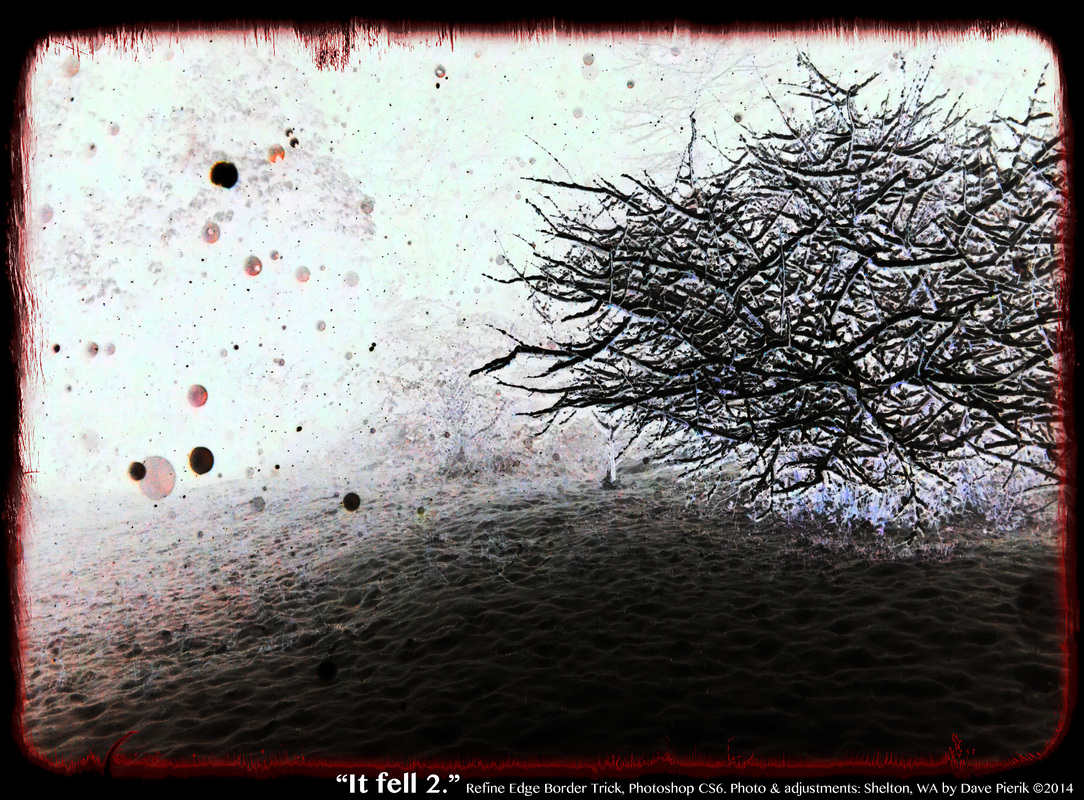 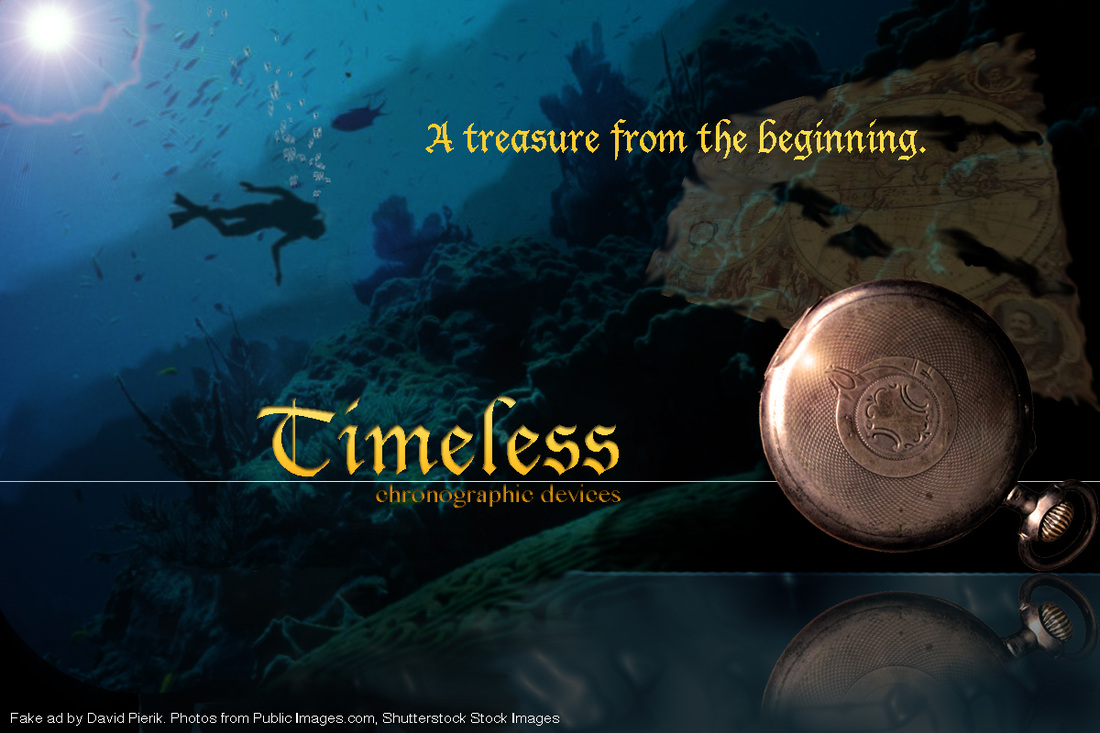 Cool Watch Ad - Tutorial from Photoshop Down & Dirty Tricks for Designers by Corey Barker. This tutorial has 31 steps, though I changed a few things around including using different images and text. Funny how you can start from the same basic set of ideas, follow pretty much the same process and arrive at a completely different end result. All of that being said, there were things I did that were not in the book, and things in the book that I didn't do the exact same way as the tutorial. 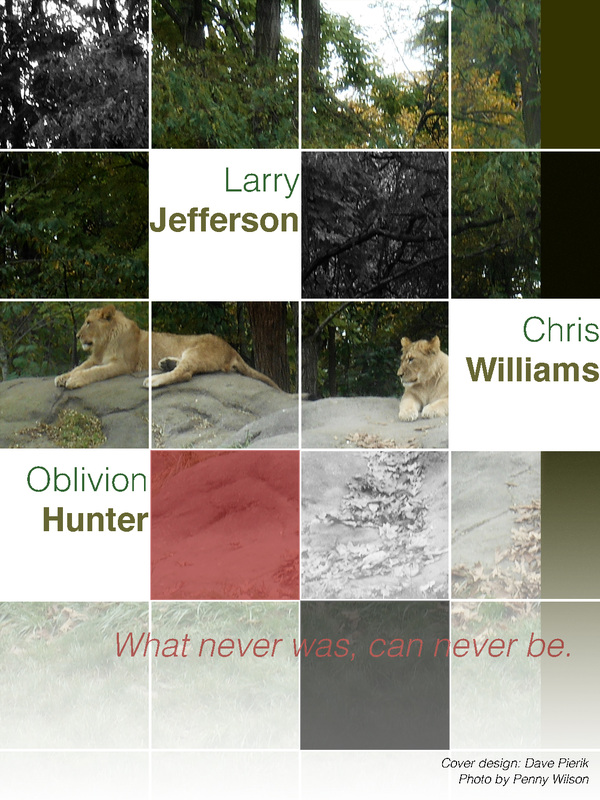 Design with Grid Elements – This tutorial was great. I learned a lot and I would imagine this is something I can see myself doing again. As I worked on the image I played around with ideas for the copy and came up with this fake book cover. I'm imagining it would be a science fiction novel involving time travel and lions, and/or lion-like personalities.

Download File
Record an Action – What a great thing to master in Photoshop. Over time I've developed some favorite photo adjustments and now I can save time with these using Actions. Super cool. If you want to use my set of actions for stuff, please feel free to do so - give me credit if you like but they're yours to use for whatever you want to do.
Download Actions – I downloaded these actions, titled HBD Hazza_PunkiEditions.atn from a public domain website, I think they were posted on DeviantArt but I don't remember for sure. The author had a note on there giving permission for their use, with a request to mention PunkiEditions if I did so, so I just did.

Download and Play the Actions you downloaded from other students – This set of actions by Eric Talaska is intended for cleaning up old scratchy photos but I tried them on this newer photo anyway just to see how that would look.

To see a working version of my sliced web page, please visit: http://davepierik.com/index 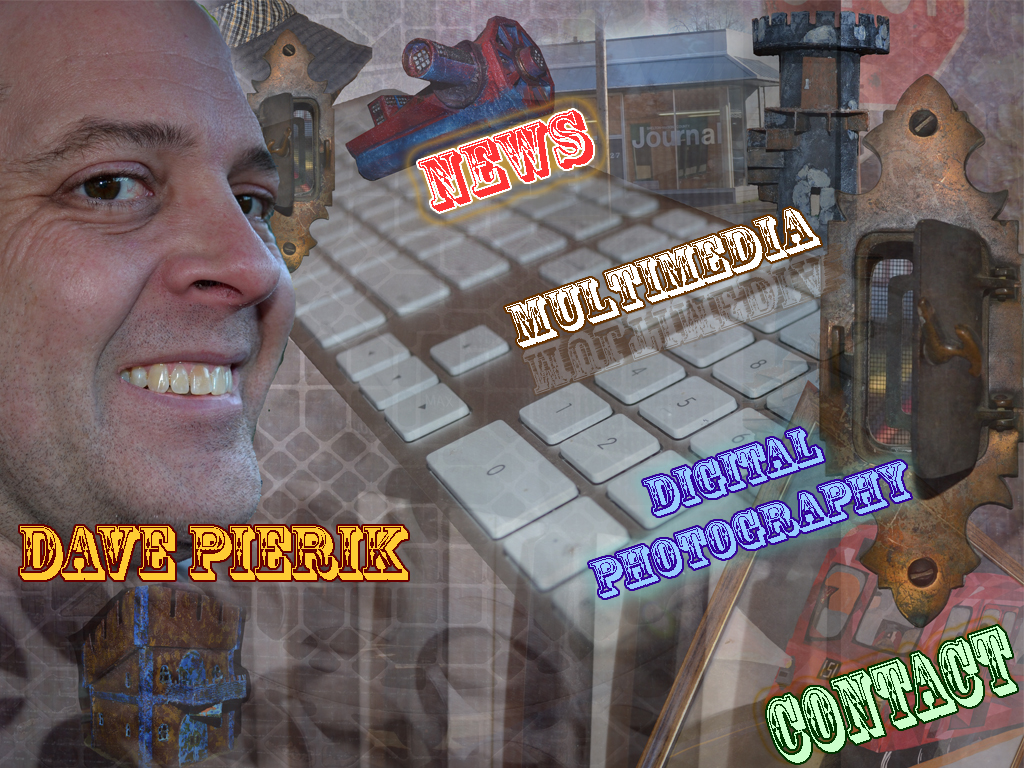 To see a working version of my sliced web page, please visit: http://davepierik.com/index . For some reason at the moment I am not finding a Weebly tool to post an html file, but the working version I posted on my website works just fine. The News link takes you to Masoncounty.com, Multimedia takes you to my other Weebly site, Digital Photography has a link that leads you right back here, and Contact gets you to my email - please no spammers! I took all of those various photos, including my selfie on the same day I posted this. The model buildings and craft, and the painting are my own creations. The peephole is from our door at home and the keyboard is the same one I'm typing on - no stock images. Also, I didn't include any photos of my cello this time since I did that last week. 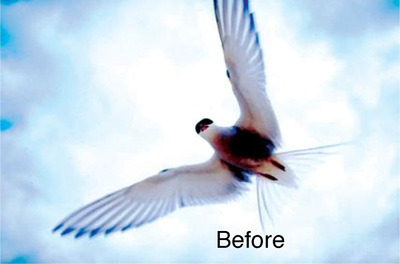 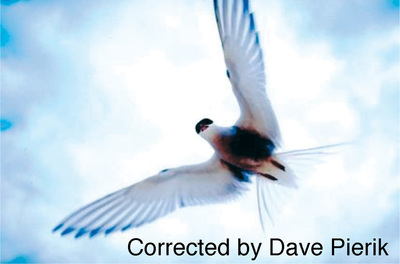 Starting from the tutorial at http://www.creativepro.com/article/essentials-of-photoshop-color-correction-highlights-and-shadows?page=0%2C1
The differences are small and subtle, but they are there. This gave me a good look at the finer points of color correction. I am already well familiar with RGB and CMYK modes, but it turns out the color sampler tool in Photoshop has a lot more going on than meets the eye.

Using a couple of good tutorials I made several patterns for myself, not all of which are shown above. That's a photo I took of my cello in the "A Touch of Class" design, and I also created the background using the first tutorial, Layer Style Effects from chapter 3 of Photoshop Down and Dirty Tricks for Designers by Corey Barker. The "Missy B" design is from the Compositing with Silhouettes tutorial in that same chapter. The other images are photos I took last summer and some closer looks at some of the patterns. 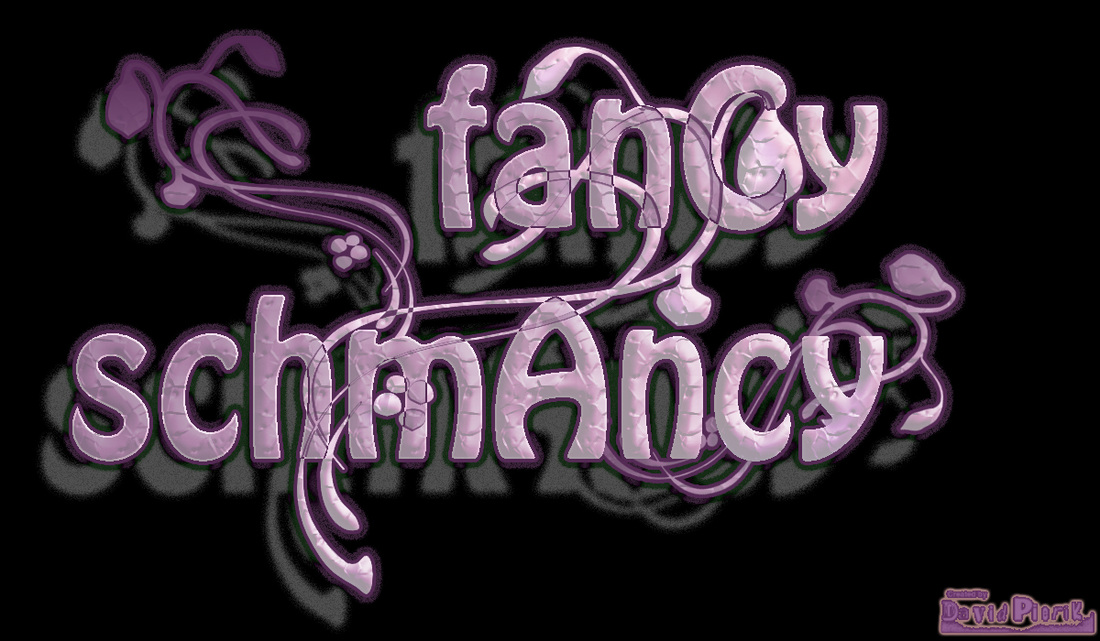 Bringing out detail and enhancing color –  before and after 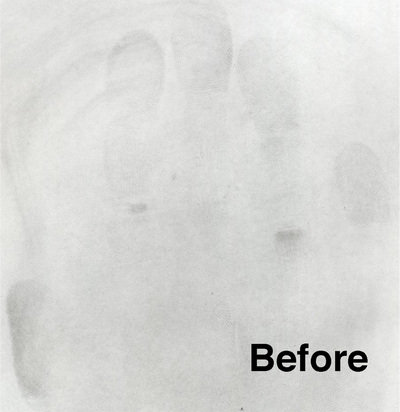 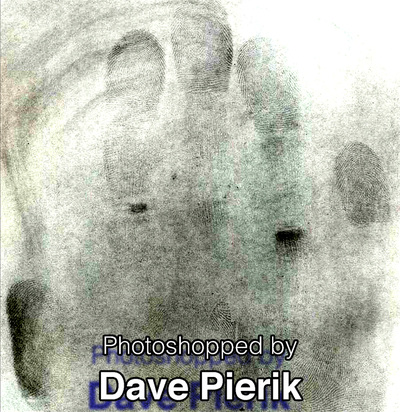 Considering how little it looked like I was starting with, I was pretty amazed at how much detail I was able to get out of this handprint. I had no idea I could do this. Whee, look at me - it's like I'm doing CSI stuff and I didn't even know I could!

I don't normally present my images in this slideshow form, so I thought I would try that this week. 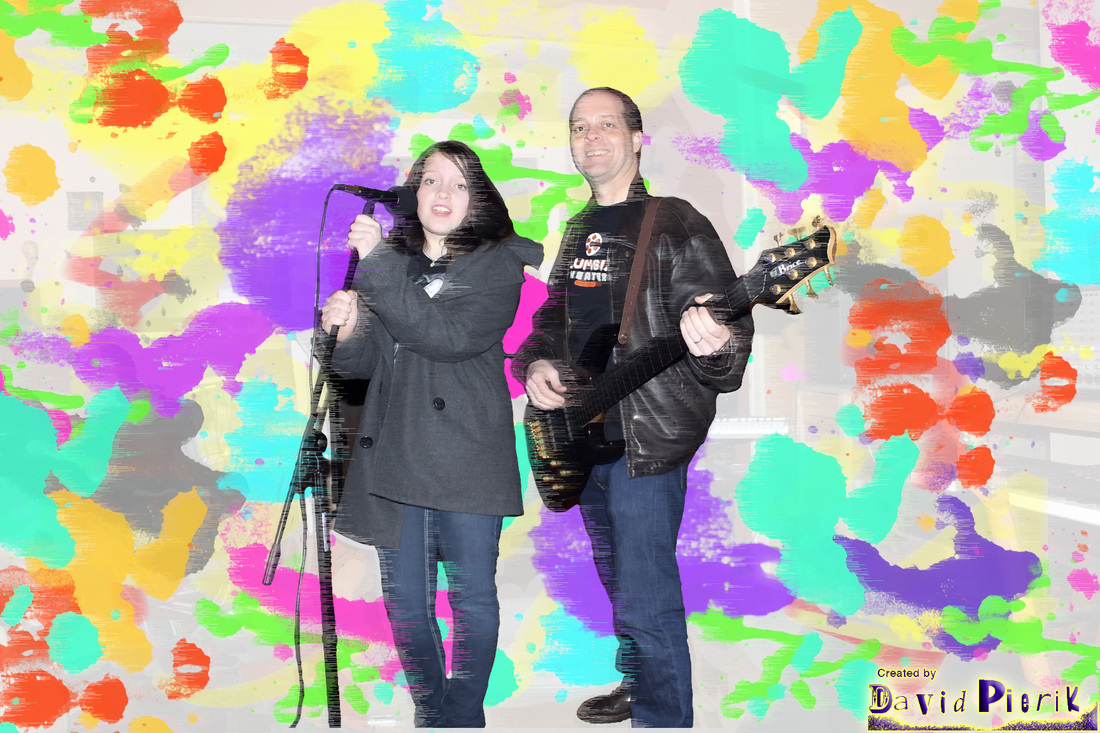 The original version of this tutorial featured a white silhouette, which would have been great if we were jumping in the air or something like the ipod commercials. But in the end I liked this better, with just a bit of distortion from some of the filters, including wind, artistic filters such as dry brush, and a few other effects in layers with varying amounts of opacity. 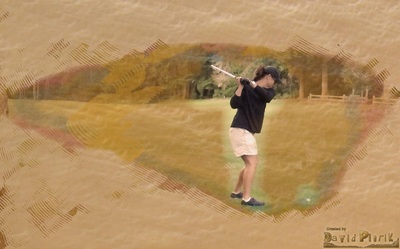 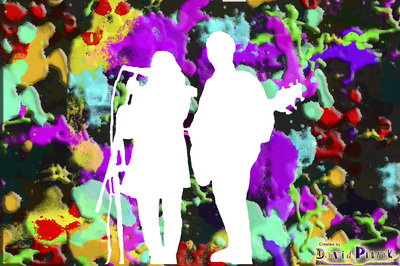 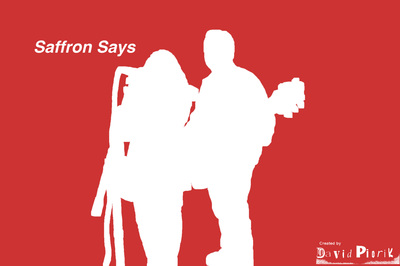 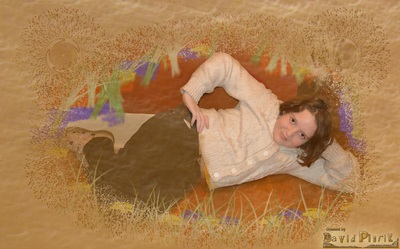 Above are a few other photo and paintbrush images I put together this week. I did some other tutorials involving brushes, backgrounds and framing. I tend not to feel like I've reached a point of arrival on these, but the process is a lot of fun. The textured background I used on the first and third image is from a photo I took of a brown vinyl chair, for some reason it works great. The golfing photo is one of several I took this summer at a Chamber tournament I played in, but this is not one of the ones of mine that ran in the Mason County Journal newspaper. Lower right is my wonderful 12 year old daughter and occasional model; Saffron is not her real name.