The Alphabet of Art: Color and its Expressive Natures

Using hue, intensity and value these artists go beyond the color choice of their palettes to reach something extraordinary. When most of us think of red, blue or yellow we do not realize the depth and dimension of possibilities even one main color can have. These are not (quite) monochromes. But keep scrolling and you'll get the idea. 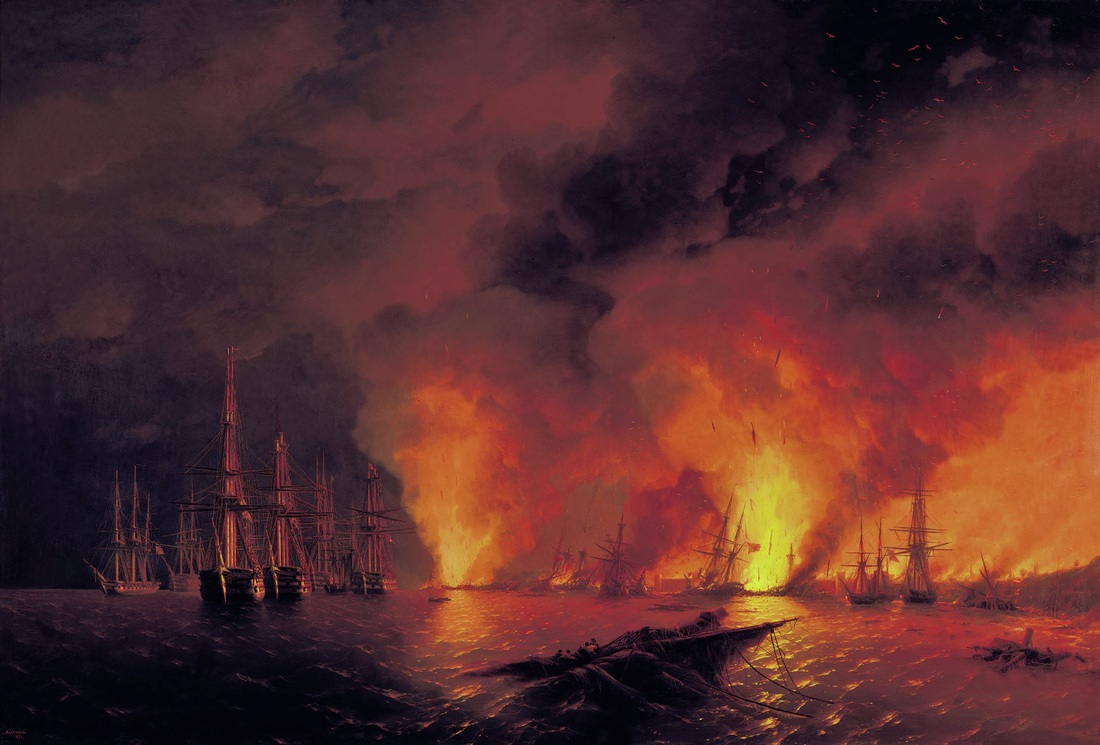 The color red is powerful and exciting, you could even say it can be explosive. The above painting depicts the Russian destruction of the Turkish fleet at the Battle of Sinop on 30 November 1853, which sparked the Crimean War. The painting is by Ivan Aivazovsky. We can see a very strong use of the rule of thirds here, an excellent composition of light and dark, and dynamic color being used so show reflection on the water and also on the bottom of the clouds. Note the detail as well as light and shadow on the ships, contrasted with the sweeping airy flow of the clouds. While most of Aizazovsky's paintings are more subdued, this work demonstrates his mastery of dramatic action. 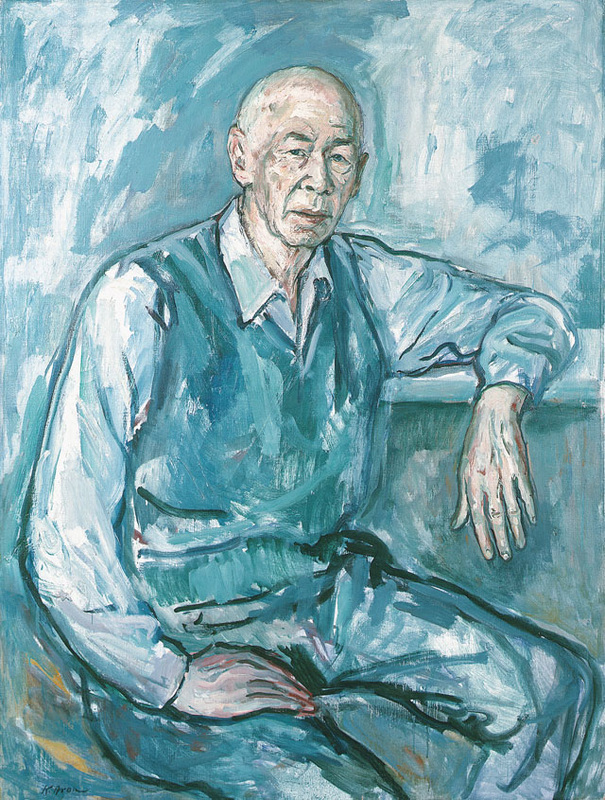 The color blue is cool and subdued, associated with a sense of moodiness and thoughtfulness. In the above 1940s-era portrait of American writer Henry Miller by Kalmon Aron (1924- )  the artist makes strong use of blue and with it makes a serious and profound statement. Aron as a teen survived four years and seven Nazi concentration camps by drawing the camp guards and the women in their lives. Art is life indeed. Notice how the fine detail in the face and left hand is clear and flattering in a ruggedly handsome way, while less important parts of the painting such as the background and clothing use much larger strokes. 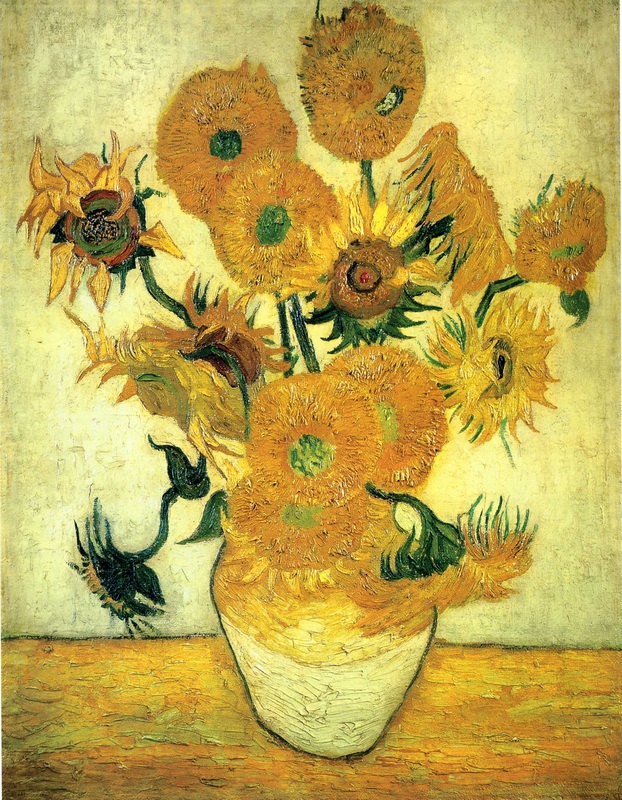 Still Life - Vase with Fourteen Sunflowers by Vincent van Gogh (1889) is a famous post-impressionist work painted at Arles, Bouches-du-Rhône, France. The use of yellow here is cheery without being overly simple. Notice how the paint appears to be thick on the canvas, creating its own light and shadow, thus adding dimension. The feel of this is very bright and in fact the painting appears to be virtually without shadow, as though the light is coming from every direction. Because of the color choice of yellows for the vase, wall and floor this painting would undoubtedly brighten any wall and van Gogh would likely have hoped this would help it to succeed in getting a fair price for him. As a viewer I find myself reflecting upon how, like these sunflowers, the different stages of life all have their joys and happiness can be found whether we are young or old. I might be reading too much into it. This is now, like all of van Gogh's work, an incredibly valuable painting and has been featured in numerous art studies as well as in an episode of BBCs long-running Dr. Who.

Drawing an Owl in nature Assignment 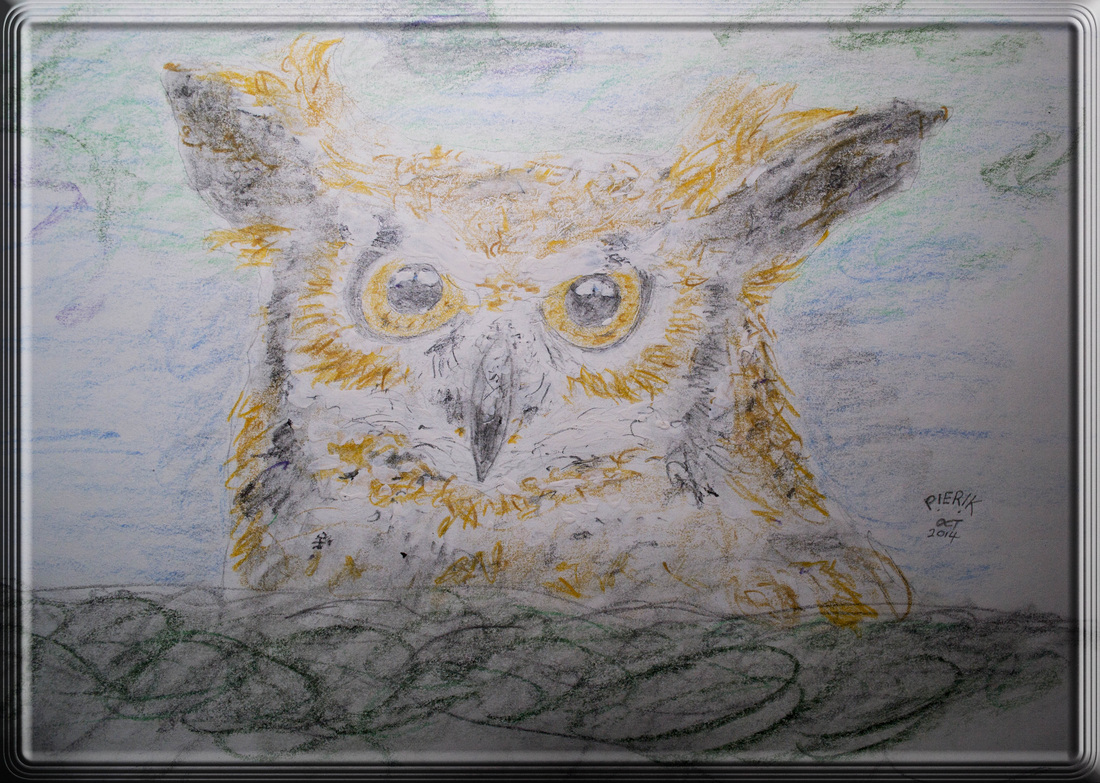 The Sky throughout the day 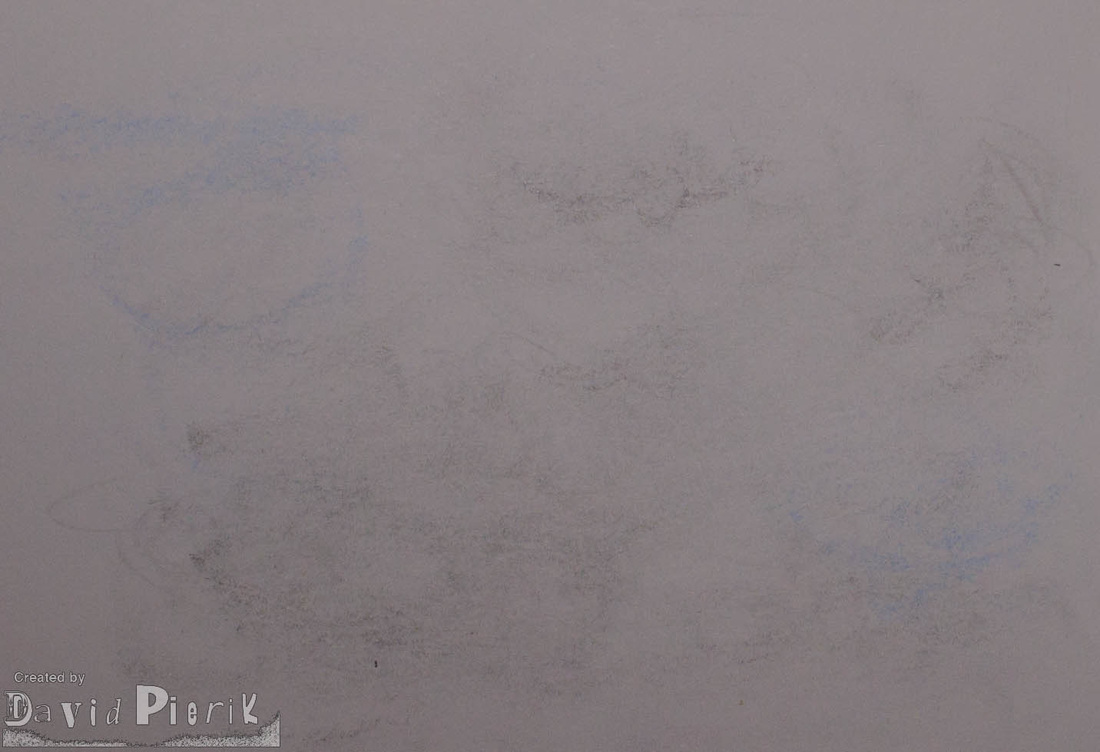 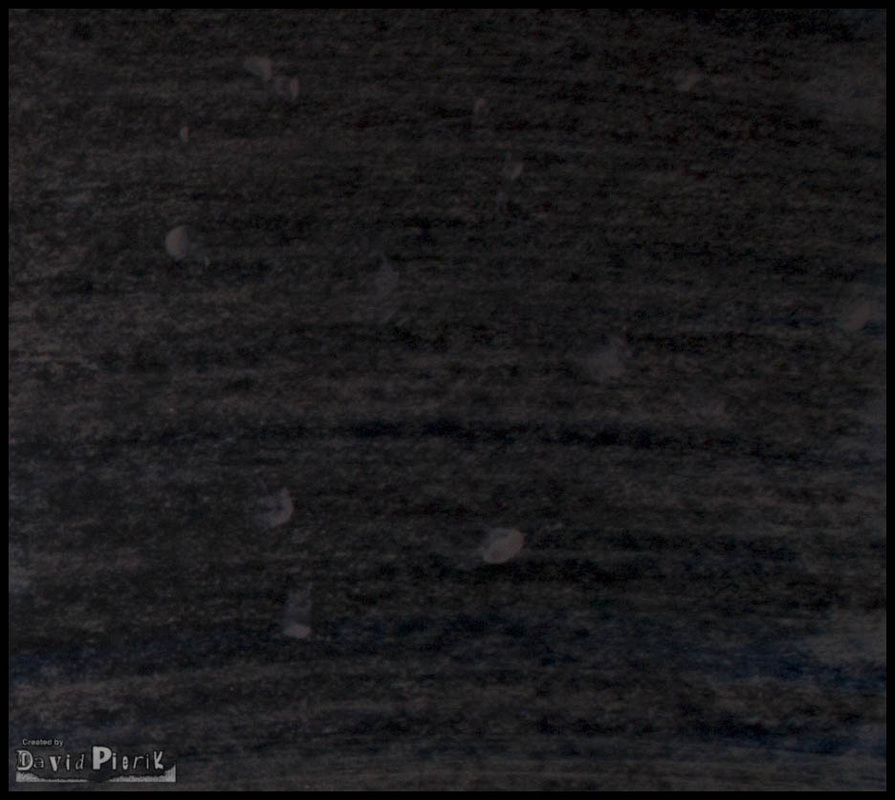 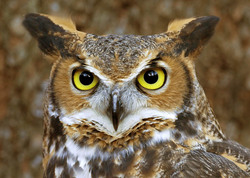 This is the owl photo I worked from. It is from http://birdsguide.blogspot.com/2012/10/owl.html. I took some liberties with the background and the eyes. I had looked and looked for a colorful owl to start from, with good detail and this filled the bill (no pun intended).