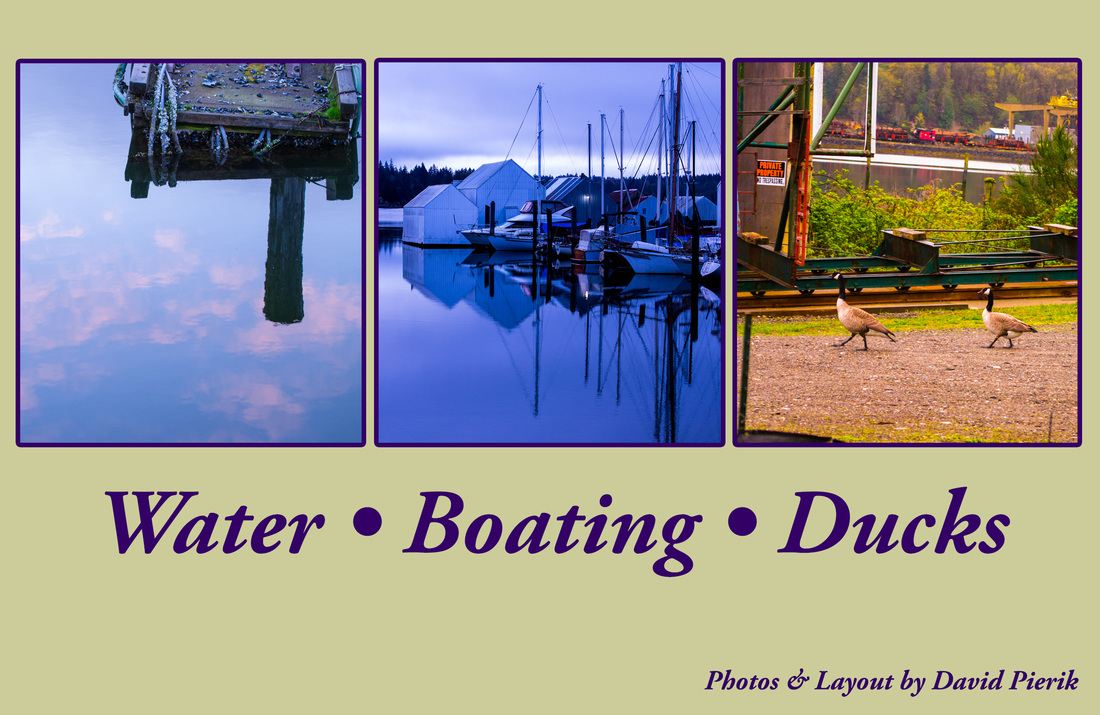 Feelings / mood -
I took these photos at sunrise on April 14, 2013 at and around Shelton Yacht Club and nearby locations. I have lived in the area long enough to know when and where birds of different kinds might be found and the ducks took like ducks to water this morning. Of the 153 photos I took today, these were my very favorites. There are a couple of things to think about with each image, as well as collectively. Living in the era of the aftermath of Deepwater Horizon - even though that happened on the other side of the country - I think about water a lot. I feel very strongly that humanity could be much better stewards of this precious resource. If you really think there's nothing you can do, think about what you can do. We don't have to change the world, just take care of our little corner of it. What I'm trying to communicate is appreciation for what we have in terms of water quality. Let's not wreck it. At the marina there was a sign that read: "There's nothing slick about spills." But I didn't feel like taking photos of signs. I can write things here and show things with my photos.Shelton is a beautiful place and we must be doing something right if the ducks keep coming here.

Subject placement -
The old dock with the shells had the best reflections of the clouds at sunrise, and I like the simplicity of the image, so I put it on the left as an establishing shot. In a way, the color in the water suggests what oil would look like there so it's a bit of a double meaning. Also, that image is not direction-sensitive. The boats and could have gone anywhere but they felt like they belonged in the middle to me. They look incredibly clean in this image, almost sterile, and the water was very undisturbed at the moment I took this image and I knew it would end up among my top choices. I placed the ducks on the right because they are walking right to left, and I wanted them to be moving into the image rather than out of it.

Multilayered -
I didn't have time to get the tripod set up because they were moving pretty fast, but I was able to brace myself against my car. If you zoom in on that sign, you can read it says "Private Property." The ducks obviously couldn't read that but if anybody from the Yacht Club is concerned, just know that I didn't go anywhere I wasn't allowed to - I just zoomed in with my big lens. Did you notice that around people's boats it is pristine, yet around the ducks there is rusty metal? Or that the dock is covered with broken shells and the reflection of the sunrise in the water makes you think of oil, and the reflection of the pier post kind of looks like a smokestack? To me, these three photos together say "Keep it up! Don't mess up the water!" For recreation as well as natural wonders and our very food chain - we count on clean water every day. It's one of those things, could be better could be worse -- but nobody wants it to be worse.

Depth of field -
Of the three photos I chose, no particular areas are out of focus and the subjects are fairly prominent. I am happy that for as quickly as I snapped off that shot of the ducks, that the sign behind them is readable.

Light -
These photos are entirely natural light. The sun was just coming up and the first few photos I shot, the flash did go off before I turned it off. I was very happy with how the light and shadows were working and it was difficult to narrow my photos down to these three for that reason. The sky was not too overcast and rain was not an issue so that was good also.

Improvement -
If I had been paying more attention and planned ahead I would have brought a raincoat for my camera because if it had rained, I would only have had a stocking cap to put on it for protection. I got lucky today. Another thing I could have done would have been to set up a few more positions with the tripod and a few less free & wild shots. Even though I got a lot of great shots both with and without it, some of my early "establishing" shots were just not clear enough to be useable and it is possible that if I had used the tripod more, one of those might have had a chance of making the final 3 out of the 153 I shot. That being said, the shot of the ducks didn't use a tripod. 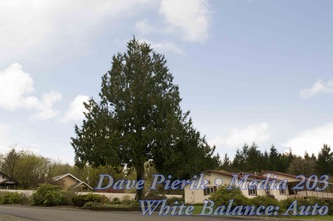 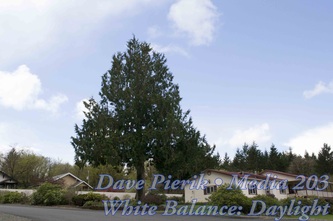 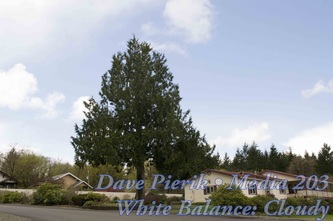 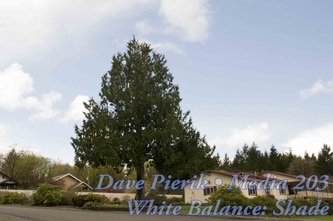 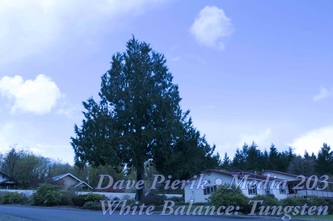 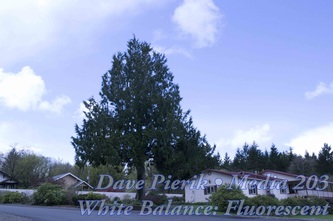 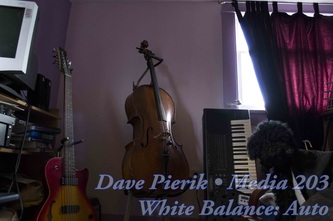 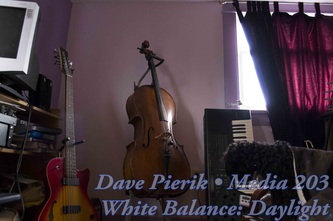 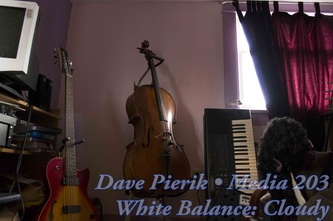 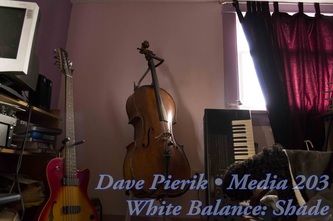 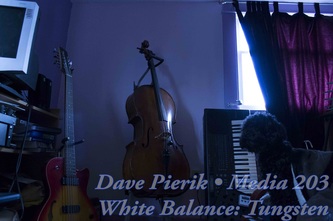 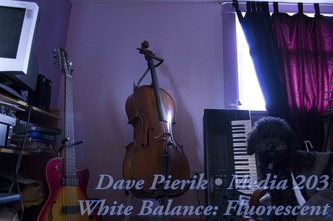 What makes this a good photograph? 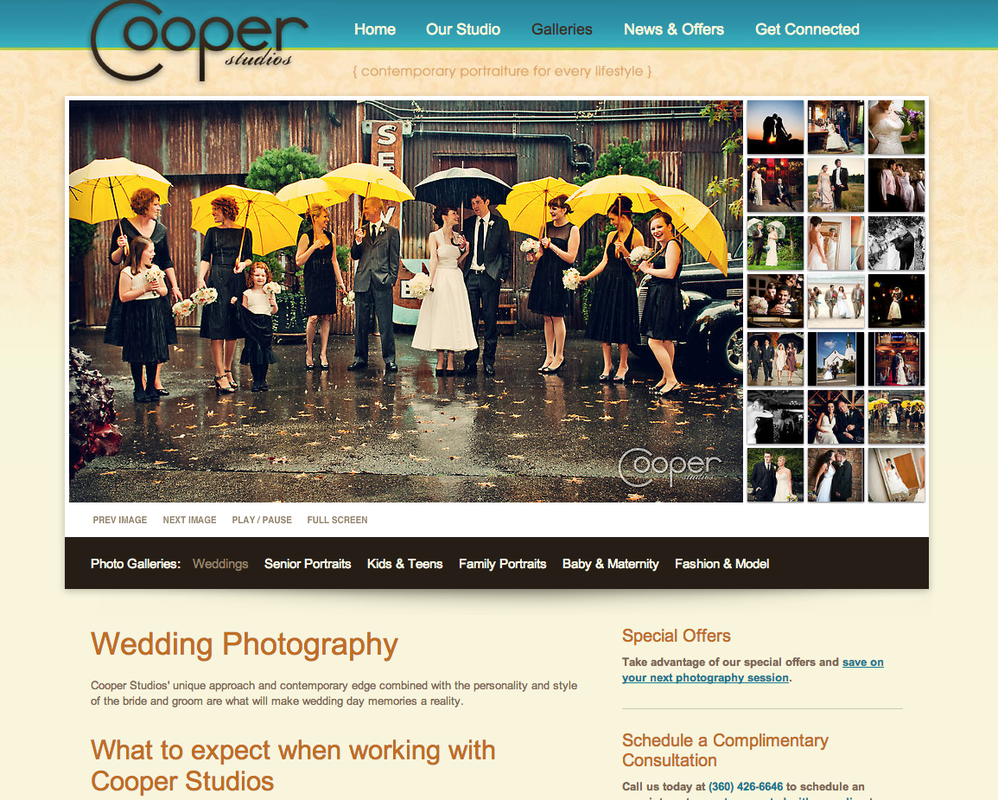 The above photo from http://www.cooperstudios.net/photo-gallery/weddings.html
Cooper Studios is located in Shelton, WA. I looked at about 100 professional photos from all over the world and I chose this one over my second favorite (from Italy) for this week.

I have been reading The Photographer's Mind by Michael Freeman. In it, Freeman identifies six factors that make a photograph good. Here's what I think makes the photo by Forrest and Amy Cooper good.

1. Understands what generally satisfies. This is a happy photo. Everyone likes a happy photo, right? The smiles and yellow umbrellas completely push away the rain and rust surrounding the subjects.

2. Simulates and provokes. You look, and then you have to look again. Why is the middle umbrella black? Oh, that's the happy couple!

3. Is multi-layered. It's not important but what are the words on the building? What might the girls on the left be talking about? This is not a typical wedding party photo. How much was planned, and how much spontaneous?  Also, I love the cool car at the right edge of the shot.

4. Fits the cultural context. Do you think it ever rains in the Pacific Northwest? The answer is yes. This photo fits for the region.

5. Contains an idea. This photo has some depth to it, and captures your imagination, not just your eye. As I write this, it's pouring down rain outside. Do these people appear to be letting the rain get them down? No, no they don't at all. I like that idea and that's why I chose this photo out of so many.

6. Is true to the medium. This is exactly the kind of photo people hire a professional photographer to take. On the surface it might be considered just another wedding photo - and yes it is true to that genre. But it's really a good one. A big plus for me is that the wet ground provides some reflections that add depth without being distracting. This photo is considerate of the subjects and has not lost sight of their needs; it has not overstepped to become art for art's sake.

Visual literacy is something you learn, like any skill. You're not born with it.

This week I read about F-stops and Shutter speeds at
http://www.picturecorrect.com/tips/f-stops-and-shutter-speeds/
Although this was mostly review for me, the concepts were explained better here than what I have seen elsewhere.


I also watched a documentary about Alfred Stieglitz, "The Eloquent Eye", at
http://www.youtube.com/watch?v=8YhwYgdtphE
I am inspired by the creative power one person can have to captivate not just viewers of his own works, but to promote an entire creative movement for other visual artists in an entire nation. Stieglitz was so much more than just a great photographer. His journey from being misunderstood - to becoming one of the most respected arts leaders in America by carrying the torch of abstract forms of art and photography - was enlightening to watch.

I read the following tutorial about white balance:
http://www.cambridgeincolour.com/tutorials/white-balance.htm
This was not review for me at all, somehow I was never "exposed" (no pun intended) to these concepts so this was very enlightening for me and I will be paying more attention to my camera's white balance settings in the future. That being said, I shoot RAW an a Nikon D3100 so it is always possible for me to adjust color settings when I import my photos.