"Pictures in a Picture"

The idea here is for the viewer to have a delay before the subject is revealed, in order that context can be taken in. Each of the photos I took for this have a smaller scene, within a larger scene, or have an image with multiple activities occurring. I found this assignment stretched me a bit, I enjoyed how it went and I feel I learned a lot. It was just as interesting looking at these again in Photoshop, and really seeing them the second time around. I did worry a bit, about getting funny looks while taking some of these though...

Kind of like being a tourist in my own town. 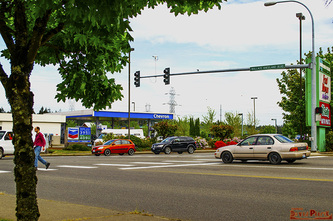 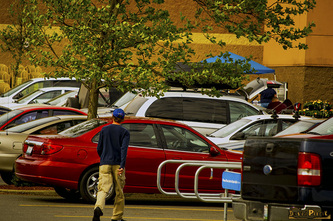 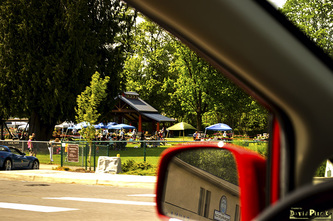 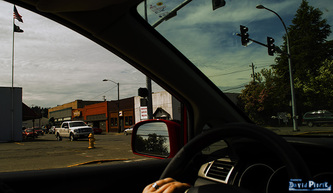 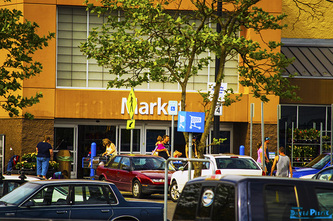 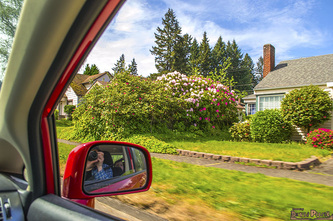 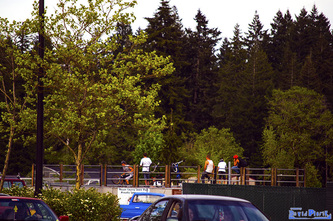 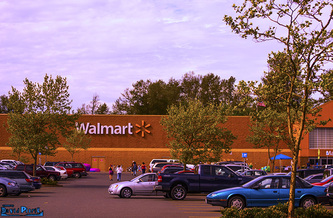 Captions - Left to right, top to bottom: Why did the man cross the street? Cigarette walking. Park event by the club. Flag and two windows. Shoppers, cars and trees. Rhodies. BMX'ers and people in cars. Silver car.

This is where I learned how easy it is to use JPG files in Adobe Camera RAW. For these I opened them from Bridge. 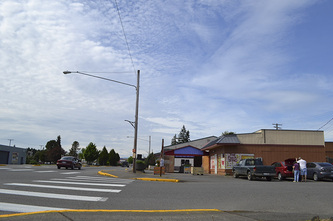 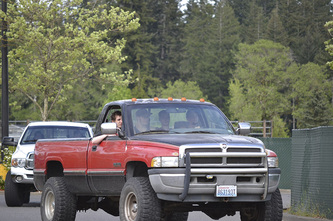 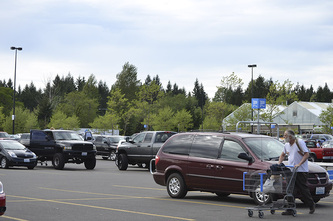 Above: Before, in JPG. The images as shot.  Below: after the .JPG images were adjusted in Camera RAW. 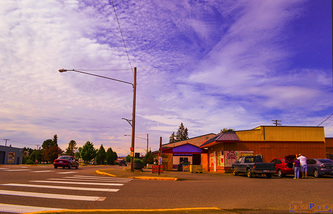 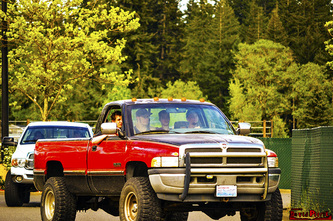 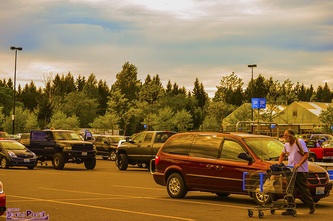 What do my photographs say?
Photo Analysis

• Feelings/mood - I was trying to communicate complexity in my photographs this week. There is always a bit more than meets the eye.

• Subject placement - The areas that are important to me are less obvious than usual, so I wrote captions to clarify a bit. What was actually important this time was context and greater setting almost more than the subjects themselves. I deliberately chose a busy time and place (Shelton WA on a Saturday) so I could ensure finding lots of interesting things going on.

• Multilayered - There are layers upon layers of meaning in each of these photographs depending upon how intensely the viewer wishes to look for them. Because I began with a general idea of what I wanted to do, I was as surprised as the viewer will be to find interesting little details like the cigarette in the top right photo, or the ripped shirt in the final image at bottom right.

• Depth of field - I was shooting with my regular lens and also my long lens from stationary as well as moving positions. The images with the car mirrors in the frame were taken from a moving vehicle so some areas are a bit out of focus while the image in the mirror is in focus. This is intentional, though a bit heavy-handed on the "picture in a picture" idea. But if you've looked at my other entries you know I am a big fan of light and reflection.

• Light - All of these images were taken outdoors with no flash using natural light. It was very bright out this afternoon and although I usually shoot at sunrise and sunset, shooting on a bright Saturday afternoon had certain advantages such plenty of light allowing for a fast shutter speed when movement was involved. Also, at this time of day there was plenty of activity at the grocery stores in Shelton. In Camera RAW as well as Photoshop, I fiddled with the exposure and other settings until I was happy with how each of these looked from an artistic point of view.

• Improvement - I am getting better with the long lens and I'm realizing how easy it is to get good candid shots with it. I'm becoming a big fan of working this way, but admittedly it is pretty new to me. It's nice for people to act naturally, having no idea I'm there. I shot 242 images this week and used the above 11, so I'm getting better about taking more images to work with. Where I could improve would be just getting more comfortable with working from the longer distances like that, which I know is something the professionals do a lot.