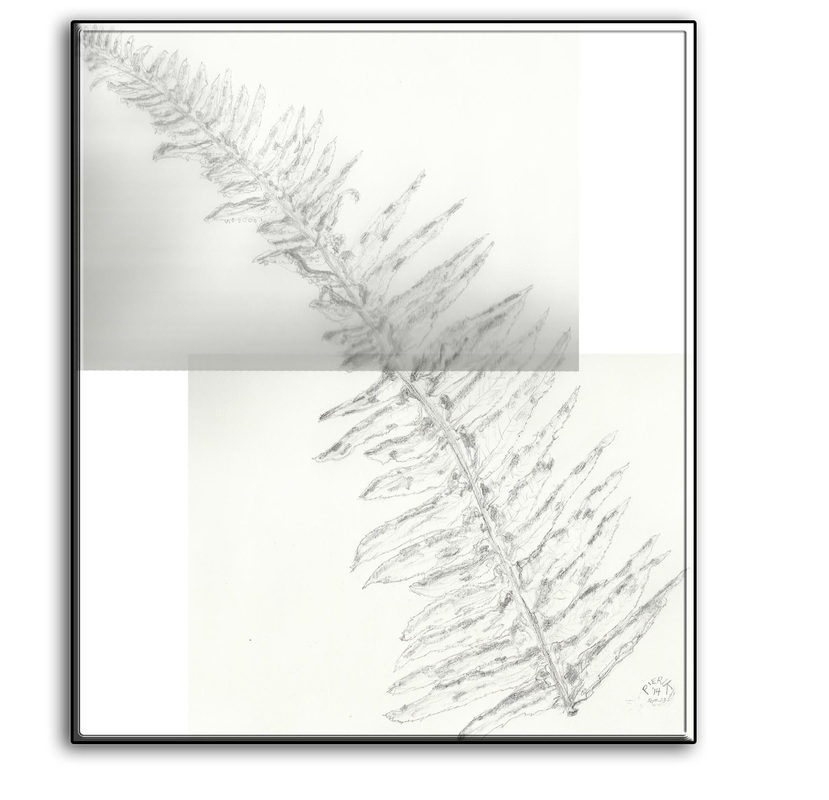 My sketchpad is larger than my scanner, so I had to do this in two scans.

I found professor Shipova's video tutorial especially helpful in my approach to this assignment. I grabbed the pruners and trimmed a fern leaf from my backyard and brought it into the house to sketch. With special attention to shading and allowing for the natural variations such as curl and curve as well as bug damage, I was able to create a b/w pencil sketch (yes, with actual art pencils) that I know is a step up from what I would have otherwise been able to create.

The Alphabet of Art: The Line 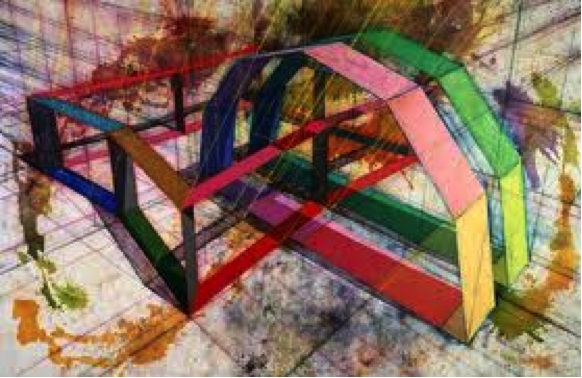 Line is used to create dimension and movement in “Arch Duo and Vented Star,” by American artist Ron Davis, c. 1976. Gerald P. Hodge created stunning contrast and definition in his pen and ink, “The External Anatomy of the Eye,” c. 1980. 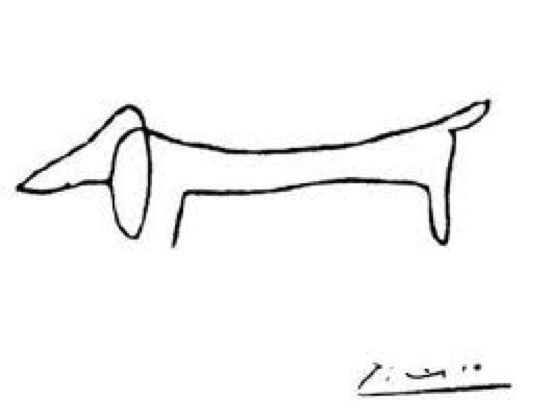 Pablo Picasso was a master of line as a means of attaining simplicity through gesture and conveying layers of mood and meaning beyond the image itself. Above: Pablo Picasso’s “Dog” line drawing. (Picasso named his pet dog “lump” in 1957.)

2. Explain the different techniques and styles of each example.

The straight lines of Davis convey precision as well as movement, in the manner of architectural art. There is a feeling of dimension and measurement, an importance of angle. Even the curves are achieved with a series of lines. Texture, color and shade give depth and there is a strong vanishing point perspective.

Picasso, with a single broad sweeping line, conveys the mood as well as look of his beloved “Lump,” immediately recognizable as a dachshund.